Newest, beautiful, single women now added for week of Wednesday, 19 January, 2022 - Tuesday, 25 January, 2022
During this COVID-19 crisis, be assured we are still working daily to ensure your success!


Debunking the Myths About Dating a Colombian Woman Online 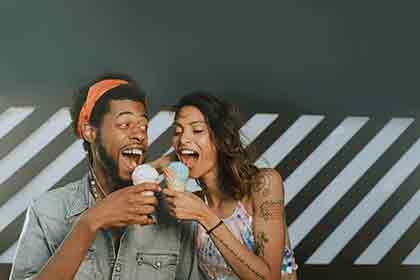 Join us as we debunk and shed light on the most common misconceptions and myths about dating a Colombian woman online.

Would you believe that there was once a time when dating a Latina was nothing but a far-fetched dream for most Western men? But with dating apps and sites permeating the modern dating scene, pursuing girls even on distant shores has become possible.

Online dating is so common nowadays that it’s considered the second most popular method to meet new people. However, there are still some folks that are still wary of this new platform. Some of them prefer to date the old fashioned way.

To be fair, online dating has its fair share of risks. But as long as you remain cautious and vigilant, there’s no reason why dating a Latina online won’t work for you.

Aside from the potential danger, there are other misconceptions and misconceived notions about online dating that remain prevalent up to this day. More often than not, Latin girls like Colombian women have been on the receiving end of some of these unfair blanket characterizations.

To help you avoid falling for these myths, here are some of the most common stereotypes about dating Colombian women online:

There’s still this belief that dating sites and apps are full of posers. Perhaps this is true to some extent. After all, it’s common for users to lie about their age and appearance. But that’s mostly it. Most users wouldn’t dare make up false backgrounds because of the fact that it’s quite easy to disprove them. So your chances of crossing with a pathological liar are slim to none.

This myth was perpetuated because some users misused this method for illicit purposes. But there are plenty of other users out there, including Colombian women (or even as specific as Medellin women), who are looking for a serious commitment.

Not everyone online is looking for an easy lay. All you really have to do is find one who is on the same page as you. If you don’t believe this, then how about knowing that a third of modern marriages were the result of online dating. The truth is: how your relationship ends up doesn’t have anything to do with how and where you started, it’s on how you nurture it.

For some reason, there are people that are still ashamed to admit they’ve dated online. This is because they feel as though they’ve failed because they had to resort to online dating. However, you shouldn’t feel guilty about trying to find love regardless of the method. What is important is that you experience it for the right reasons. If that reason is dating a Colombian woman, then go for it.

Like search engines, these sites and apps also have algorithms to help you find your perfect match. After learning about this, you just might be tempted to sit back and let the system do its work for you. Unfortunately, there aren’t any conclusive data to prove this is true. To be on the safe side, it’s better to search for other users proactively instead of relying on matches.

The point is that you have nothing to lose when you try online dating. Being open to the experience might yield some pleasant surprises, such as marrying a Colombian woman. It might just also be the push you need to find the right one.


Newest, beautiful, single women now added for week of Wednesday, 19 January, 2022 - Tuesday, 25 January, 2022
You have to meet the women to marry them! We have group singles tours departing nearly every month!