Newest, beautiful, single women now added for week of Wednesday, 19 January, 2022 - Tuesday, 25 January, 2022
During this COVID-19 crisis, be assured we are still working daily to ensure your success!


Are Colombian Women Right For You? Know Before You Go 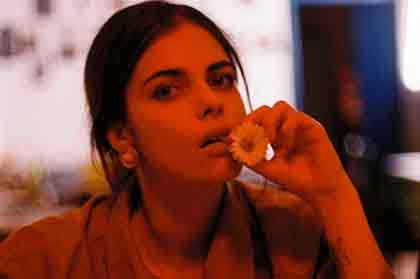 Before dating Colombian women, here are things you need to know. | Source: Photo by ArtHouse Studio on Pexels.com

Every person has aspects that are good, bad, and ugly. But that doesn’t seem to apply to the people in Colombia, especially when the women are considered the most attractive in the world. For this reason, plenty of men all over the world go to Colombia with hopes of finding their future partner. Perhaps you should do the same.

Before a gringo like yourself decides to visit the country to find the right woman, there are pros and cons that come with dating Colombianas. However, your perception of which is which depends on how you deal with her overall personality.

Of course, the last thing you want to do with Colombian women is to put them on a pedestal. You need to know just what it entails dating one. While you shouldn’t buy into stereotypes and generalizations, there are a few characteristics of a Colombian woman which most girls share.

This applies to women who grew up in Colombia. However, dating a Colombian woman in America (or brought up with Western values) will be different. In that case, such Colombianas are similar with their Western counterparts in terms of dating approach and characteristic in a broad sense.

If you plan to date a Colombian woman who actually grew up with Colombian traditions, and norms, then take note of these factors before you decide to date one:

You can find the right woman in the most unexpected places or basically just everywhere. But when you’re dating a Colombian, expect a woman who can be very headstrong. Growing up in a third world country, it’s understandable for your Colombian date to know how to fend for herself at an early age.

In the country, you’re going to meet women with both beauty and brains. If you’re going to date one, you’re sure to find a very passionate and assertive girl. This dominating streak only makes Medellin, Colombia women more alluring and intriguing. Add to that their amiability and open-mindedness, you’ll certainly be in good company.

But just as they’re passionate about showing affection, they can also be very independent and stubborn. So much so that you wouldn’t want to go against one. But that can be a good thing if you don’t want to be dating Colombian women who just agree with you about everything. This trait would certainly liven up your relationship.

It comes as no surprise that Colombia, among all other countries, has a reputation for quality but more cheap cosmetic surgery. In fact, the country has very brilliant surgeons and they generally charge relatively low rates that even women from the middle class can hire their services.

One reason behind this is because, for a long time, women in the country are pressured to adhere to Colombia’s high beauty standards. This also explains why women here are very conscious of their looks and go to the extremes just to look beautiful, including surgery.

So don’t be too discouraged if you find out she had something done. If anything, you should take comfort in knowing that she values herself enough to do so.

Unlike their Western counterparts, Colombian women are very in-touch with their femininity. Raised in a country with a very patriarchal culture, these ladies do not feel the need to man up or act more masculine. They pretty much embrace the traditional roles of women in society.

When you meet Colombian women and get to know them better, you’ll see how much they can make you feel more of a man and even prefer you to act like one. Your Colombian date will not mind—and even appreciate—that you open the doors or pull up her chair. Chivalry is very much welcome in Colombia.

By embracing their femininity, this means that Colombian women are normally dressed up to the nines like a real lady. As mentioned earlier, they invest so much in their beauty that flip flops or pajamas will not do even when they’re just going out to buy in a store nearby.

They take so much pride with their beauty, being so aware of it that they always feel the need to look their best every time they go out. This also reflects how traditional these women are, which brings us to the next point...

Given that the Roman Catholic church has had huge influence in the country until now, they have a very traditional perspective in marriage. As a result, the women think they need to be pretty so they can find a very rich husband. Or when they’re in a long term relationship, they follow typical gender norms, such as doing the household chores while their husband takes on the bread-winner role. This won’t be a problem if you are looking for a more submissive and domesticated partner.

In Latin American countries, there is this thing called Latino Standard Time, wherein people arrive at events or occasions a few minutes up to an hour later than agreed upon. Having said that, there’s a chance that the Colombian woman you met at an online dating app won’t be exempted from this. It does feel rude but when you point this out, your Colombian date may take note and arrive earlier next time.

Sometimes, they may not even show up at all. But when they do arrive (and a bit late), it’s basically because they want to feel and look their best before meeting you. No matter how late they arrive, rest assured that they would make up for it by looking like they walked out of a fashion spread.

These are just some of the things you need to take note of when deciding whether to date Colombian women or not. In general, they can be the most loyal, caring, and trustworthy partners there are.

However, you also have to take note that not all Colombian ladies are created equal. So whoever you date would have her own quirks and personality. She may not even display the characteristics associated with most Colombian women. The point is no matter what she’s like, you just have to accept her for who she is.


Newest, beautiful, single women now added for week of Wednesday, 19 January, 2022 - Tuesday, 25 January, 2022
You have to meet the women to marry them! We have group singles tours departing nearly every month!