Signs You're in a Situationship with Colombian Women 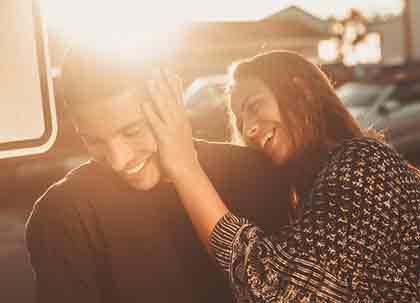 If you’re not okay with being in a situationship, know what signs to watch out for. | Photo by Pablo Merchán Montes on Unsplash

The “friends with benefits” setup is ideal for any two people who are not interested in a committed relationship. However, things can get complicated once either party starts to have feelings for the other, and wonders if there is any possibility for a relationship to develop — also known today as a situationship.

If this is your first time encountering such a term, perhaps it’s time to learn more about it.

The problem with situationships is that there is no official label for you and the person you’re dating. If you’re on the same page about what you want in terms of a romantic relationship, there should be no reason for you to worry about commitment issues.

Then again, it doesn't always work that way. For a heterosexual relationship such as yours, it’s mostly the woman who starts to catch feelings first, and it can be frustrating for her to think if you’re serious about pursuing her.

It could also be both of you wanting to take things to the next level, but aren’t willing enough to make the effort. Being aware and stuck in this kind of setup will only lead to regrets, sleepless nights, and worst of all, missing the chance at what could have been a great relationship.

A situationship will only work for you if you want to conveniently enjoy the company of someone you care about without having to take any kind of responsibility. However, if your goal is to cultivate a relationship for the long haul, commitment is a must.

For most people, lack of commitment in a relationship can be a way for them to determine if they want something more, after which they can decide whether or not they will pursue it.

In your case, dating Colombian women might be a new and exciting experience, but that doesn’t mean that situationships aren’t bound to happen. To find out if you’re caught in this kind of setup, be mindful of the following signs:

When people ask about the status of your relationship, your responses can vary from awkward statements like “we’re just seeing each other” to “we just go with the flow, take it slow, and see where it goes.” For the most part, you may already be doing what normal couples do; it’s just that you’re not officially a couple and you avoid talking about it like it’s some sort of plague.

There are different levels of commitment in relationships, but meeting women who only prefer a mere situationship will mostly justify why they don’t need a label or insist that what you have right now is enough.

However, either one of you will eventually get tired of this ambiguity, and sooner or later, you will demand a say about your status.

By then, you will start to think that it would have been better to address this concern much earlier, but since a situationship is about taking things slow or choosing to stay within the gray area of valuing each other without commitment, there’s no way of knowing if your relationship will ever progress.

Going out with a Colombian woman is great and everything, until your dates no longer seem to have meaning or purpose. Movies and dinners may have transitioned to just hanging out on the weekends. You don’t even care about planning for a romantic date or making the effort to surprise or make each other happy. You simply stop doing things in public to avoid looking like a couple.

Usually, you become so comfortable with each other that doing things together feels like that’s how it should be, but in truth, you just don’t care enough to give yourselves a more thrilling experience.

You simply rely on having an instant companion. For a healthy relationship to occur, spending time with each other as much as possible is a must.

Wouldn’t it be a joy to be with someone who doesn’t leave you guessing?

If you have doubts about whether the Colombian woman you’re dating is serious about being with you, consider letting her actions speak for herself. It could be that she doesn’t plan on introducing you to her loved ones even after all the time you spent together, or she will simply tell you that she isn’t interested in taking things any further. It’s all a clear sign that she doesn’t want to be in a long term relationship with you.

Your conversations pretty much revolve around what’s currently happening around you and you avoid talking about making plans for the future altogether. Couples who are serious about wanting to be with each other will do whatever it takes to make their intentions known. One of the best ways to go about it is by considering a future where both of you are still together.

What else is there to do but address the elephant in the room? When you worry too much about what might happen, there is no way for you to know if you’re on the same page. Would you want to lose someone you could genuinely be happy with because you were too scared to admit your feelings and intentions?

Choosing to let things be because you’ve given up on any hope that both of you could be an official couple is the worst reason you could tell yourself as to why things didn’t work out.

Avoiding a Situationship in the First Place

Remember, being in a situationship only matters if you want something more than just a casual relationship. You may never see it coming even though it could already be happening, which is why knowing what signs to look out for can help you avoid being part of it in the first place. Dating Colombian women should be an opportunity for you to experience genuine love, so don’t lose track of that by falling prey to something as simple as not being sure of what it is you want in a relationship.