Newest, beautiful, single women now added for week of Wednesday, 1 February, 2023 - Tuesday, 7 February, 2023
Your opportunities here are truly worldwide. Explore our site deeply to see how you can realize that!


Travel and Tourism in Colombia 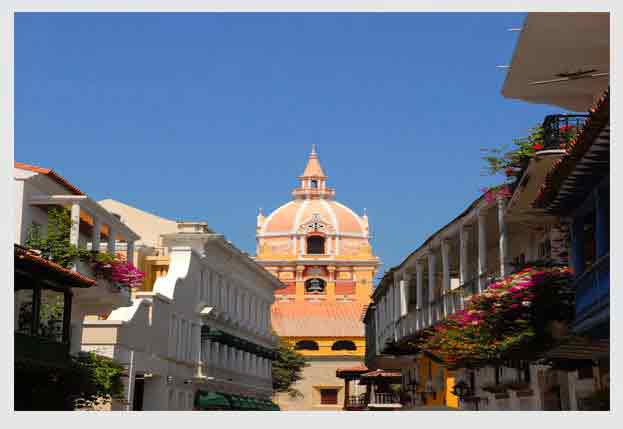 Explore the “South America’s Best Kept Secret.”
There's a reason you hear so much about Colombia these days, and that’s because of its thriving Tourism industry.

There’s over 4 Million tourists visiting Colombia in 2014 alone, and in 2017, Lonely Planet ranked it as the “2nd best Country to Travel” and Travel and Leisure dubbed it as the “South America’s Best Kept Secret.”

Despite its stigma of the drug war back in 1980s, Colombia has regained its popularity in 2006 (1.9 Million visitors, as per Wikipedia) and almost doubled in 2016 (3.3 Million), recovering more local and international visits more than the numbers they once had before their fall (1.4 M/yr in the 1980’s).

And since 2015 the media has been raging about Colombia. Among of the many features in news and magazines are the following:


These are just a few of the many “titles” Colombia gained from different media sources from all over the world.

So, how beautiful is Colombia? Let’s take an inside look and explore the beauty of this Caribbean haven

Explore the Beauty of Colombia 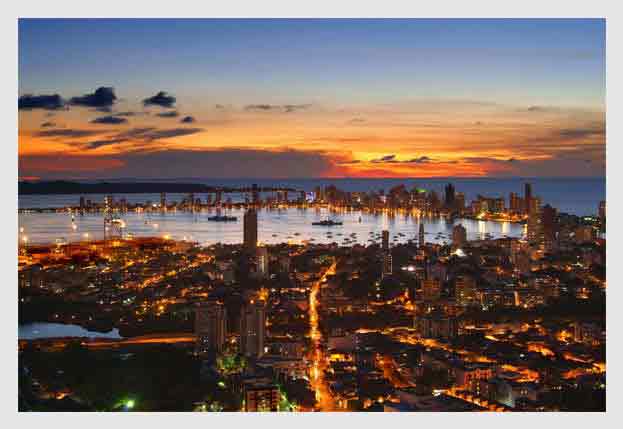 Embark on a journey and experience the beautiful places in Colombia.
Bearing a lot of title in itself, Colombia is known as the land of contrast, especially in its physical interiors.

They have Tourism for almost every kind of interests: ecotourism, beach, deserts, boutiques, art and novelty, music, and other themes. A broad offering not a lot of countries have.

You will see snow-capped peaks of the Andes mountains, tropical forests of the Amazon jungles, unspoiled turquoise blue seas in the Caribbean coasts, and a couple of orangey desserts. You’ll also see spectacular views of the regions in between, from the beautiful bustling city view of Bogota and Medellin, to the old colonial vibe of nearby towns and villages like Mompox.

Colombia is known for its sophisticated coffee production, flower exports, the best emeralds in the world, famous history and legends (el Dorado), biodiversity, world renowned artists, a diverse population and not to mention; having one of the world’s beautiful women and innovation.

Among the most visited countries in Colombia, is Medellin. Known as the “City of Eternal Spring,” because of its temperate weather all year round, Medellin is a striking metropolis on the hillside with high peak skyline and narrow valleys. The city has metro cables, and is actually the first city in the world to utilize cable cars for mass transportation for surrounding barrios.

It also has outdoor escalators of 1,260 feet saving hundred steps of hike to stroll around colorful homes and attention-grabbing street murals. A few reasons Medellin bagged the “Innovative City of the Year” award in 2013 and the Lee Kuan Yew World City Prize in 2016.

Botero Plaza displays 23 sculptures of world renowned artist Fernando Botero, and adjacent to that is a must-see Museum of Antioquia and the stunning Rafael Uribe Uribe Palace of Culture. The El Poblado holds fine eateries, boutiques, and hotels.

Cartagena, or “The Magic City” is a gorgeous fishing village and the most popular tourist destination in Colombia. The city’s theme and atmosphere makes you feel like you went back in time earning UNESCO’s declaration as a world heritage site.

This Caribbean coast has excellent beaches, beautiful old town and colonial architecture. It is also the safest city in Colombia and the physical attractions, tourism facilities, guest accommodations and cultural contributions made this city the most visited in the country.

Bogota is the capital and the largest city in Colombia. It’s a cityscape where old colonial charm and urban sophistication meet. It’s known for its modern conveniences, lively culture, thrilling nightlife and delectable shopping.

North Bogota’s wealthier neighborhoods holds the best boutiques and sophisticated restaurants. The La Candelaria district is a historic center where you can see striking architecture lining in Plaza de Bolivar, and a popular must-visit attraction of the bright Museum of Gold.

Mompox is a town known as the “town frozen in time” because it looks the same as it used to be during the colonial times. While the rest of the country has changed and adapted modernization; for this very reason, it has earned the “World Heritage site” declaration by UNESCO in 1995. Mompox is characterized by an ambiance of Colonial architecture with cobbled streets to stroll, and a popular attraction for bird lovers in Pijiño Swamp through fun boat trips.

Colombia, being the country known as the world’s third largest producer of coffee beans, visiting the country’s coffee region is definitely a can’t-miss.

The Eje Cafetero Region (Coffee Axis) is home to growing number of coffee plantations where you can tour, taste and stay. Friendly farm owners are willing to give a tour to give a light-hearted and helpful introduction of how coffee beans are produced.

Salento’s town holds numerous farm tours and activities. You can rent out bicycles and Willy jeeps to explore around it or go to the easily accessible Cocora Valley which has the tallest palm trees in trees in the world.

Taking a 44-kilometer trek to “The Lost City” may be a magical experience to any traveler.

Ciudad Perdida is a lost city in the deepness of Sierra Nevada de Santa Marta mountains discovered in the 1970s. The cryptic ancient town, which was said to be occupied by Tayrona Indians in the 8th and 14th centuries, was the largest pre-Columbian settlements discovered in Latin America.

The lost city is characterized by stone terraces and stairways where most of the site was buried under a thick jungle quilt. Unfortunately, the modern indigenous inhabitants of the area have forbidden the site’s further excavations, but what’s left to be seen are still in excellent shape.

Hacienda Napoles is a luxurious estate owned by billionaire drug trafficker Pablo Escobar in Puerto Triunfo, turned into a thriving amusement eco park in a display, after the infamous drug trader’s death. The amusement park includes a safari-style zoo themed zones, water park, accessible hotels and a wild hippo herd that’s now known to be the largest herd outside of Africa.

Part of the attractions are Escobar’s former mansion, antique car collection, a small museum to show his legacy, and a Jurassic zone with life-sized dinosaurs he bought for his son.

Caño Cristales is said to be the most vibrant unspoiled river in Colombia, located in the La Macarena National Park. It’s unique attraction that visitors flock for is the river’s changing color during algae season, where you see spectacular display of hues in red, green, blue, yellow and black. The colors are due to the river’s floor plant lines turning red during wet season. The other colors are caused by the rock’s minerals vastly distributed in the river.

Trekking, swimming and taking pictures are a few of the activities you can enjoy during this beautiful river bloom.

One of the travel activities you can relish in a Caribbean tour is seeing and experiencing their beaches, of course.

Colombia has more than 300 beaches, in an over 990 miles long coast in the Caribbean Coast and more than 800 miles in the Pacific. Below are a few of Colombian beaches.

The Tayrona National Park has remote secluded beaches set near the dramatic mountains in the Sierra Nevada de Santa Marta. It has crystal-clear water in turquoise blue lagoons with bountiful palm coves.You can snorkel in La Piscina beach and Cabo San Juan, and sleep in a hammock or tent in one of the coast side campgrounds, or pay for the luxurious Ecohabs Tayrona.

Providencia Island is an isolated island protected by the UNESCO Seaflower Biosphere Reserve. It has a wealth of biodiversity waiting to be uncovered. Here, you’ll see the most stunning beaches with golden sand, perky palms, and vast collection of cottages and hotels in Aguadulce. One fun fact: the locals speak a different language-- English Creole to be exact and not Spanish.

La Guajira Peninsula is a silent oasis of sand dunes, mangrove swamps home to diverse types of birds, and vast empty lands meeting the orangey desert of La Guajira and the Caribbean Sea. It is home to the only inhabitants who never subdue to the Spanish rule maintaining their vibrant culture to the modern times-- the Wayuu tribe.

Colombia’s Tourism industry is a beautiful display of what the country’s interior spheres can offer. It is a beautiful contrast of humid, and cold, tropical and spring. This and all adds to its own unique allure and majesty.


Newest, beautiful, single women now added for week of Wednesday, 1 February, 2023 - Tuesday, 7 February, 2023
You have to meet the women to marry them! What other international dating site offers you numerous opportunities to do that?